A weekly feature where I fling open the vaults of past works – no matter the naivete they reflect – and revel in the making of progress! 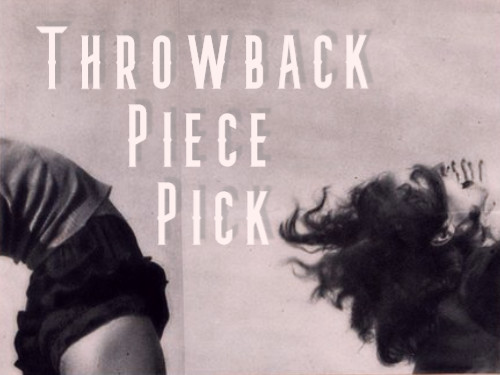 Perception is an interesting thing. It is unique to the beholder who’s eyes will convey one meaning well your own would work to convey another. It is something that speaks for itself, it doesn’t need facts or truths to take its que and interpret intention. Perceived notions will destroy relationships and blind the value of communication.

It is very true that other’s opinion of you is none of your business yet we are a society so focused on our external exposures approval that it can be hard not to get wrapped up in another’s narrative…especially when it seems so juxtaposed to what you would have your message be. 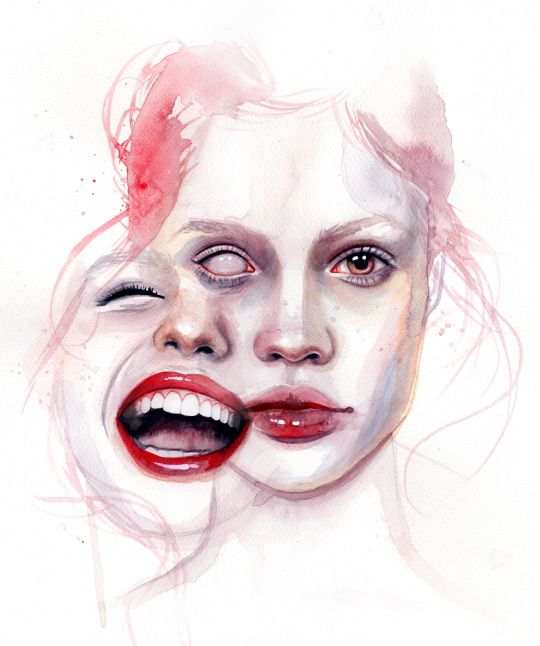 I myself have been the victim of some brutal character assassination, triggered by peoples guilt, jealousy, and disapproval. Instead of talking to me about it they decide to paint every action with this less than flattering intent.

They take out on me what they themselves refuse to face.

Not saying that I’ve always been a perfect angel and have handled my shit in the best of ways – hell no! There was a time when I was angry and hurt, let down by those who I felt should have my back and be my support.

I looked for recourse, for relief in my writing, in keeping an open journal of a blog to better express my way through this rough passage of youth and chronic illness. Of being mad at the world; the lone victim of circumstance, left to be forgotten and ignored or else chastised for my truth and means of dealing. Well not everyone approved and now, even to this day, holds me to a moment in time, perceiving me and all that I feel through the same teenage angst-filled ramblings as though my means of coping has not changed, and my opinion never changed, got over, or resolved not matter how much I prove and live otherwise.

I have always been a live out loud, deep end dive, type of person. I am sensitive and passionate, but I don’t ignore problems. I’d rather face them, rather stay in the darkness and plunge into the depths so that I might release the tension and move on instead of leaving it to fester and slowly consume. You could say that I’d rather be punched in the face than slowly poisoned.

I don’t do passive aggression very well. I don’t suffer hypocrisy. But I probably care way, way too much about being understood for my part rather then how it is perceived.

I don’t want to be trapped in a moment forever judged by it. I hate when people put meaning to my words without any venture to understand my own, but especially when they are placing me in box, a situation, that I have far outgrown.

I try not to live in the past with my feelings, try not to make a problem that I have now the epitome of all others before or the proof of my resentful tale of woe. When I am upset – even if it mirrors a situation before, reflects and old wound, brings up unresolved feelings, etc – I’m very much in the now of it.

So it can be really hard when you have to do the time of time gone by. When you are talking about the present pain but haunted by the pasts.

Relationships and feelings stay stunted in the monotony of torments repetition, always bringing you back to that time, that person, that place that you no longer are yet still remain on the outside for those who refuse to move past or move on.

So who are you when perception is so skewed no matter how much you try to prove it different? Who do become when faced day in and day out with a reflection that you no longer recognize?

We are made too physical to be kept as a shadow in the flesh. A ghost of a presence no longer breathing, residual and pantomime expressions of emotion without life. Adrift in what once was as you are now. Within and without.

Who are you now, but dust in the wake of moving on and leaving behind.

Perception destroys when presumed. It takes the beholder and make them the victim of a self-fulfilling proficiency of assumption without grounds or merit.

Without communication perception is a self administered poison of our own worst traits refusal to accept defeat, the possibility of false impression, or inaccurate instinct. Most of the time we don’t want to face ourselves so we paint another to stay ahead. Pushing away the ability to expand comprehension and not be left behind in the dust of progression no longer in need of the static disservice.

Stuck on a page,

Don’t cause a wave,

No need for commotion.

All stays the same,

And I lose my devotion.

To the future still present?

To this I resent,

For which makes me reluctant.

Over when it was lost,

Struck by the thought,

Paralyzed by the loss.

Yet here is me now.

So defined by appearance,

How I’ve lived in the land.

From all things real,

From all things forgotten.

For reality is still little less than I make of it.

For substance has change for which that I’m reliant.

Monica Loya! Man do I love her style and artist eye! How the water colors overlap the hard lines. The surrealist out-of-body, reflective, psychedelic loveliness! Oh how it does just fill me up with the squeals of inspired enthusiasm!

Just a world inside a girl, full of any type of character that you can imagine and that chooses to imagine me. Here you will find a collection of various creations.It's all a free flow of magic baby, let's create!